Construction on the church was begun in 1928 by German speaking immigrants to the Hines Creek area who had come from Germany, Poland, Russia and southern Alberta and completed in 1932. The first resident pastor was A. Wolfram, followed two years later by N. Gloeckler who served the longest and is listed amongst the builders. It was built by it's members from spruce, black poplar and white poplar trees. The resulting logs were then trimmed to a thickness of 4'' using axes and adzes and the walls then built using dovetail joints, and one inch wooden pegs to attach the uppermost log to the one beneath. Moss from the muskeg helped fill any chinks between the logs 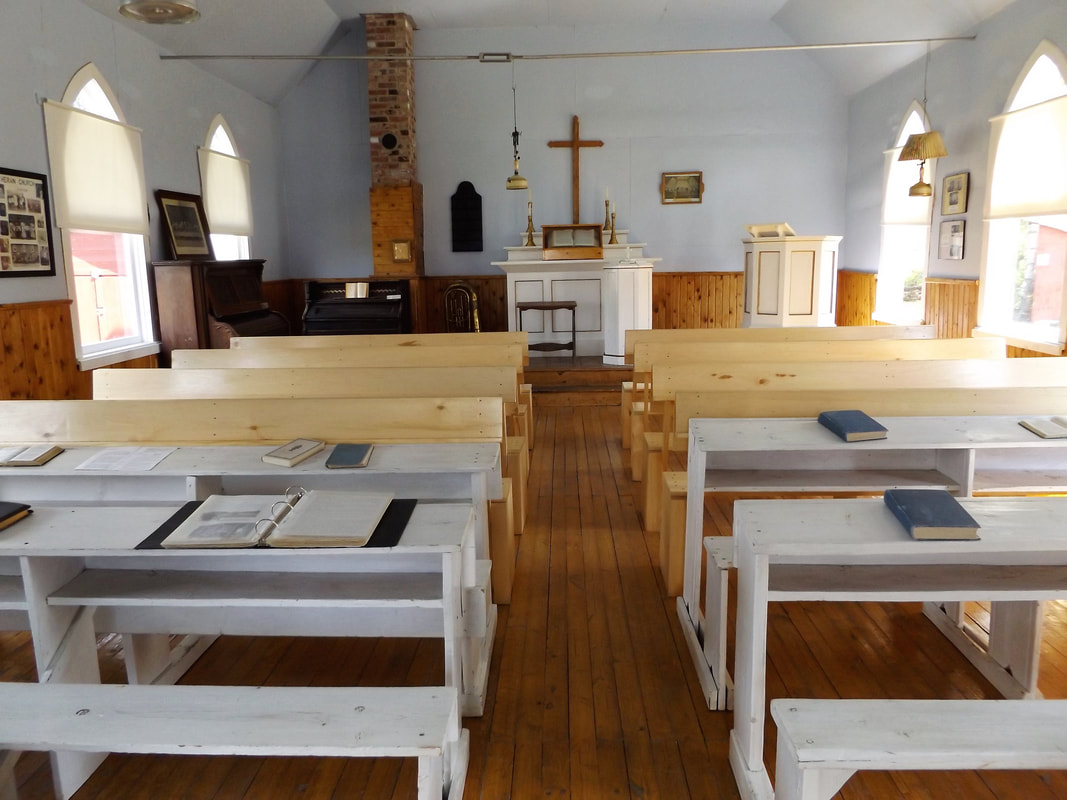 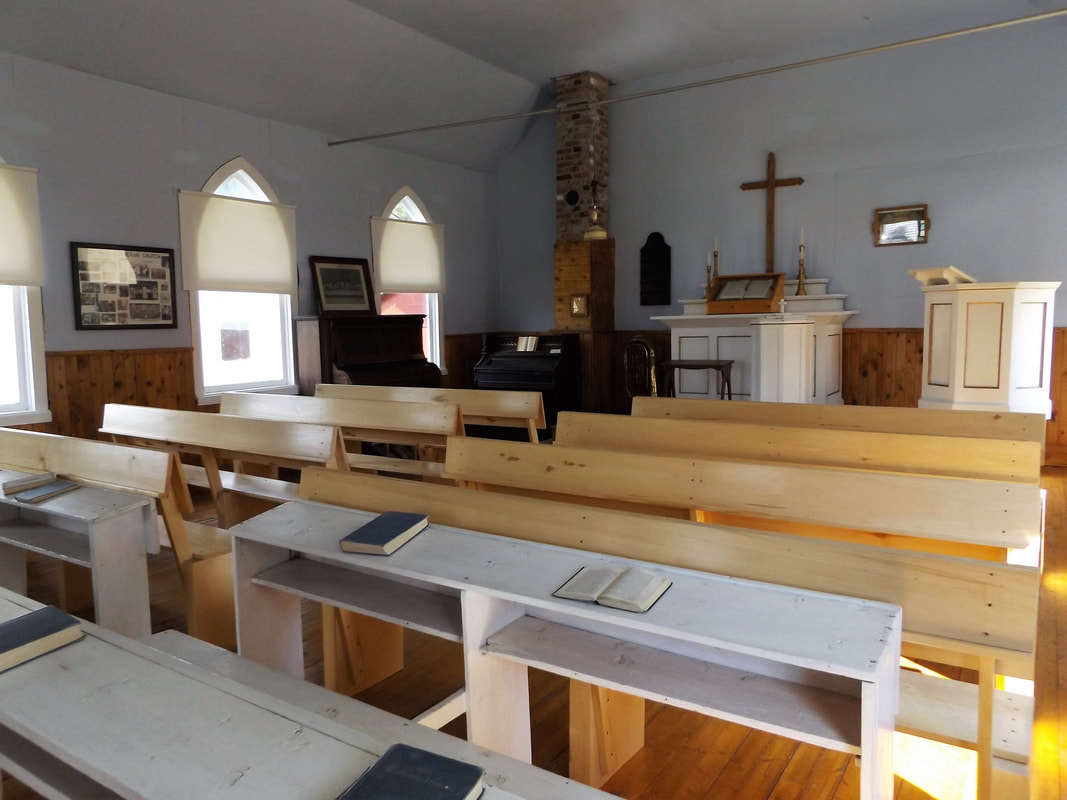