This cabin was built in 1975 but it is little different from a cabin from the 1920's or earlier. It measures 10 ½' by 11 ½' and is constructed of rough logs with a plank roof over which dirt was thrown to provide insulation and encourage the growth of plants which made the roof waterproof. It has a small wood burning stove that heated the cabin and upon which food was cooked. The shelves would have held supplies and dishes but any food that might have attracted predators such as bears was hung from a tree in a wooden cache. It was compact but with a bunk bed and a table it was all that was needed.
This would have been the main cabin that a trapper returned to in the intervals between walking the trapline to collect his or her catch and resetting the traps and snares. Cruder shelters might be built along the traplines for overnight shelter. The several pairs of snowshoes that are hung outside the cabin were an essential tool, without them it was impossible to traverse the deep snow of winter, and early Europeans learned the technology from northern aboriginal peoples. Toboggans were also an invention of the native population and trappers used them to haul furs and supplies.
​Trappers and fur buyers were amongst the first Europeans in the area as a consequence of the fur trade. The bodies of water known as Jack Creek and Hines Creek commemorate Jack Hines who was an earlier fur buyer in the area.
View More 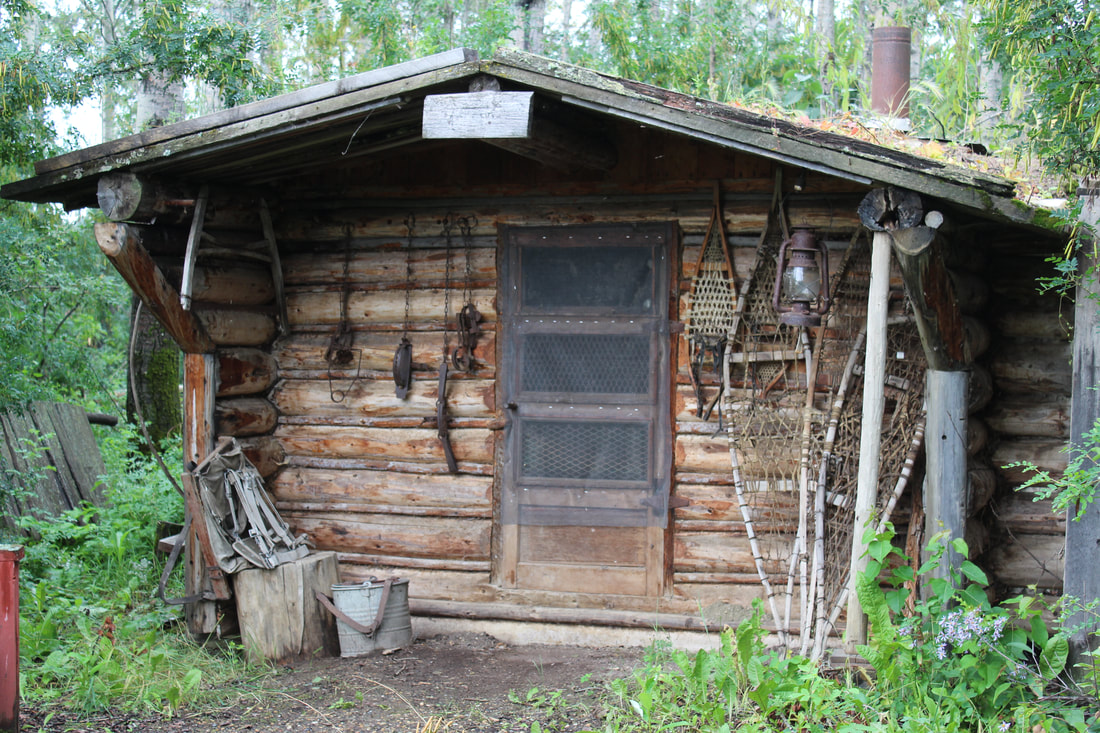 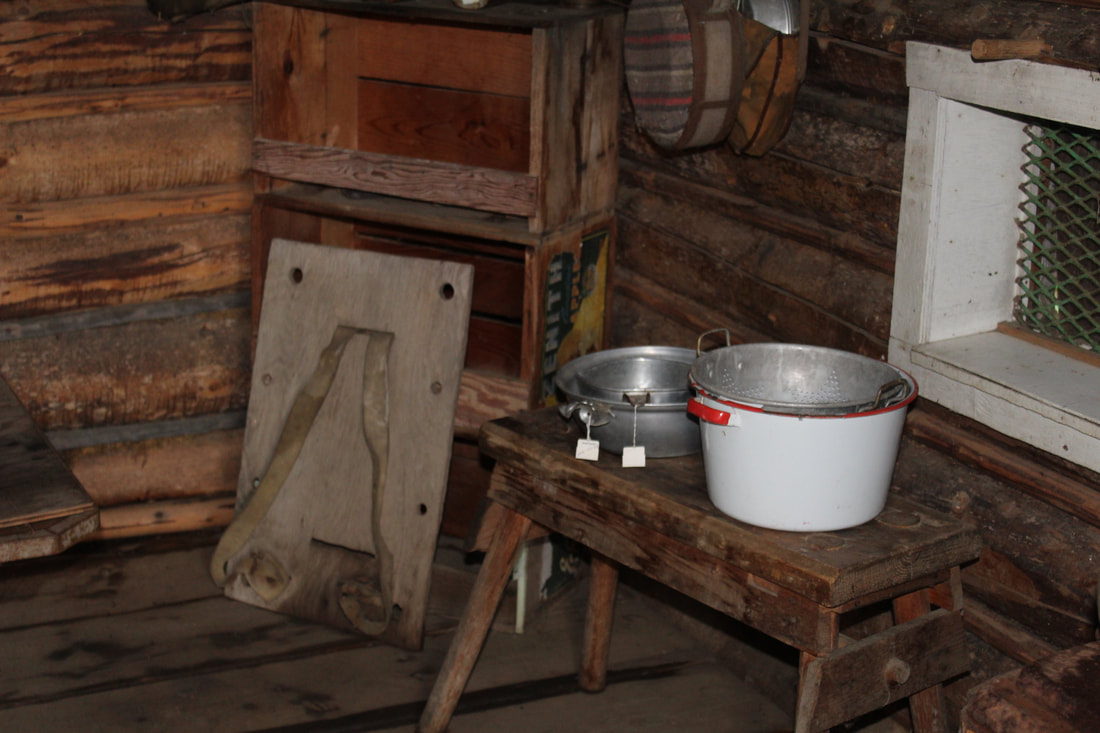 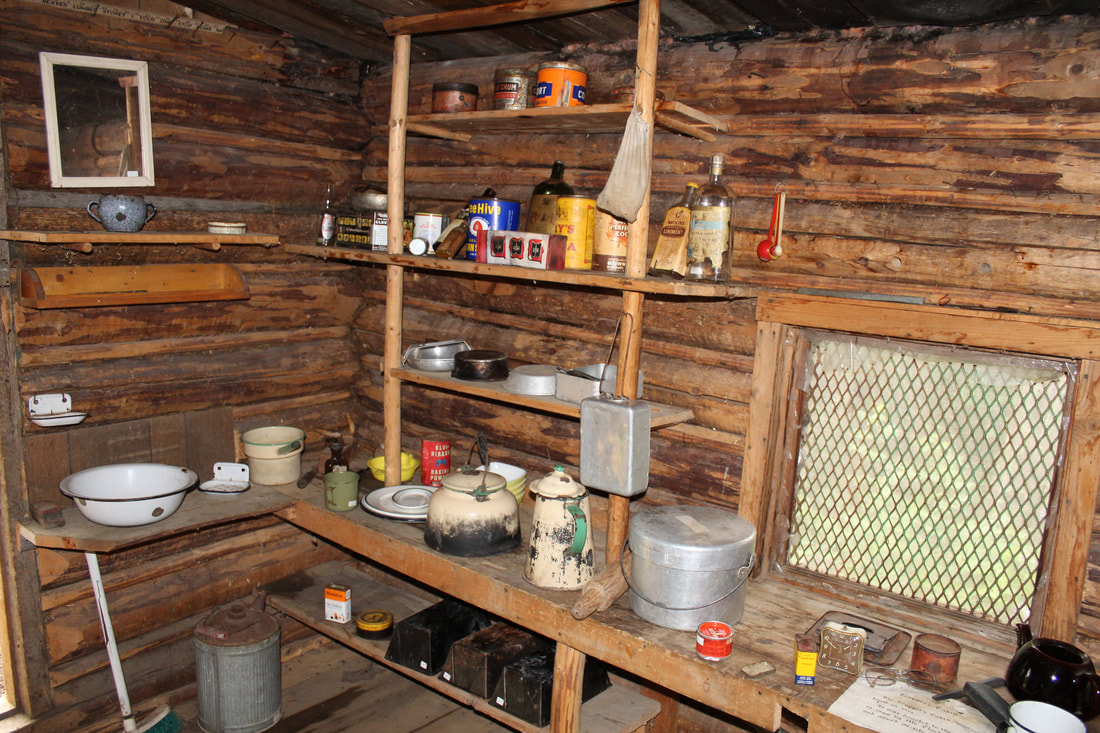 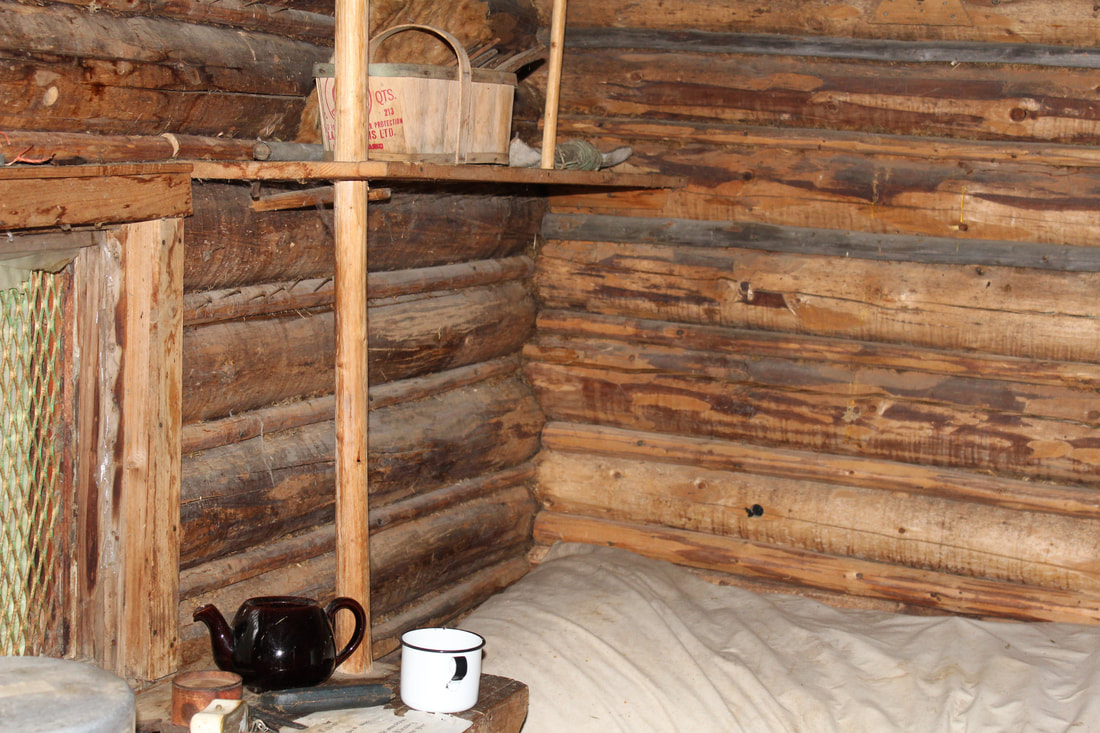 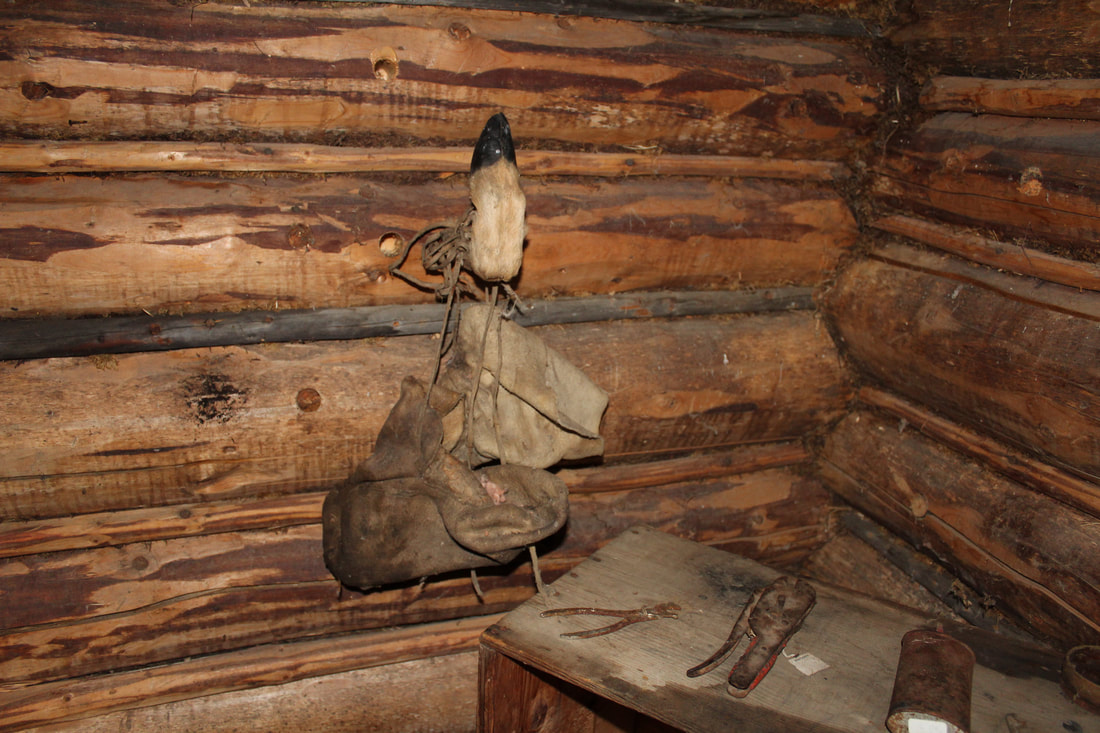